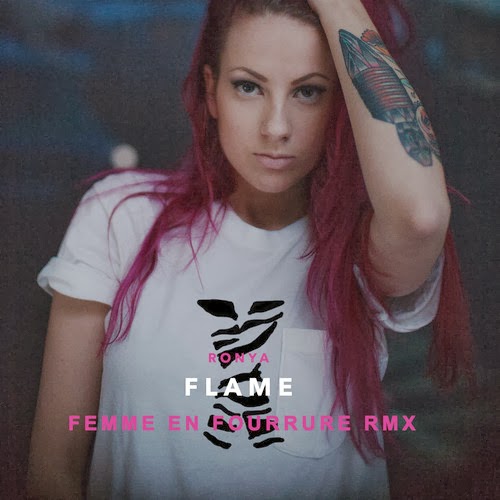 Ronya comes Helsinki and fits perfectly into the recent craze around all the ethereal synth-pop serving Scandinavian sirens the likes of Jonna Lee from Iamamiwhoami, Lykke Li, MØ, Kill J or Planningtorock. Her latest single "Flame" is out now via Cocoa Music. The song's instantly appealing catchiness is slightly disturbed by the real hero of this release which is a deliciously hypnotic remix provided by Ronya's compatriots, our favourite Finnish noir electronica specialists from Femme En Fourrure. Between all the distorted vocals, tribal beats, echoey sounds and almost medieval elements towards the end it's like a fascinating sonic journey from early Dead Can Dance stuff from the 80's to Fever Ray's unparalleled debut album. All in 5 minutes of one of the greatest remixes released in 2014 so far...