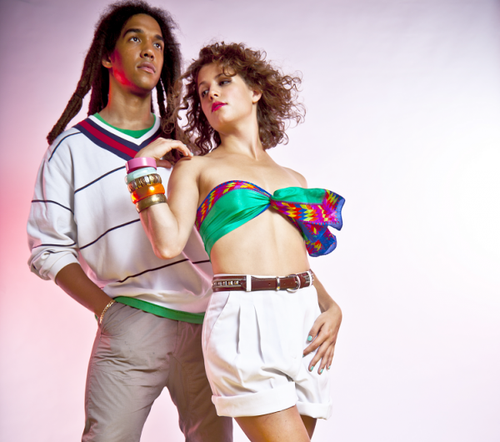 The wondrous "future 80's" duo Electric Youth are finally announcing the release of their very long anticipated (since 2009!!!) debut album "Innerworld" which will drop 30th September via Secretly Canadian. The first teaser of their new material is "Runaway" a candy flavoured pop gem with an irresistibly melodic chorus and a retro production built around Electric Youth's signature multi-layers of synths. The 15-track LP will also include some of their previous "pure pop perfection" kind of singles "Innocence", "The Best Thing" and the ubiquitous "A Real Hero" which reached an underground cult status at this stage thanks to the vintage synth-pop inspired "Drive" soundtrack. As a long-term admirer of the Toronto duo's distinctive sound I must admit "Runaway" is probably their most accomplished single to date. I literally cannot stop listening to it.