It's been a while since Janelle Monáe's review but I'm thrilled my muso-friend Piotrek Czarnecki aka Pan Di-Dziej and now also the man behind the ultra-brilliant and über-eclectic nosnobsallowed.tv is back on my carousel with another juicy review... One of the most subjective and non-snobby souls I know this time writes about the sensational and hype-stirring the-coolest-kid-of-now Toro Y Moi... Enjoy...

"Underneath the Pine" by Toro Y Moi 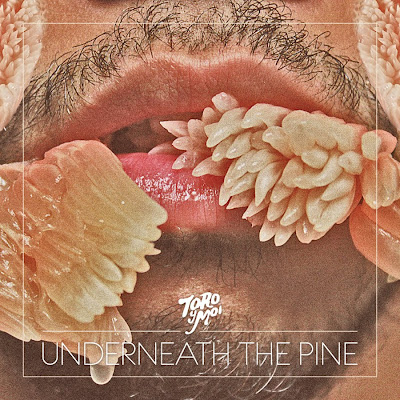 Most of you might have missed it but the analog sound of the double christened chillwave/glo-fi movement was the last year's blog-o-craze. It was the first music scene not unified by the particular place of origin, but the internet and the sound. Gazillions of outfits with random names emerged sharing an ocean of own material, remixes and giving away free EP's on Bandcamp. It was really hard to keep up with it all and gradually I started to loose my enthusiasm and appetite and began to stick to “the big guns” like Neon Indian, Memory Cassettes, Millionyoung, Small Black and Toro Y Moi. And now it's the defining moment for the scene. It's either time to take the sound beyond the bedrooms and blogs or slowly descent into the oblivion. And with dubstep already catching mainstream's attention, it's time for chillwave to follow. To me the ones to watch were always the artists with the ability to construct their blurry sounds around proper melodies, rather than just playing around with some blurry soundscapes. And as the scene will diffuse, only the most progressive and innovative will survive. 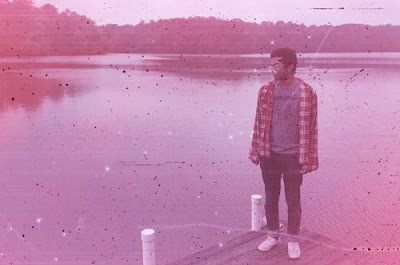 Chaz Bundick, the man behind Toro Y Moi outfit, definitely belongs to the latter group. On his second album (if you don't count the unofficial, semi-acoustic “Woodlands” release), Chaz takes a giant leap forward. Out goes the chill, in comes the big warmth. Out goes the pretentious, amateurish sound, in comes display of multi-instrumentalism and songwriting talents. “Underneath the pine” moves from the half remembered childhood dreams of the 80's to the hazy memories of teen years of 90's. Smooth edged, laid back sounds with groovy organ solos, soft rock vocal harmonies, juicy basslines and lush melodies fill the mere 40 minutes of “Underneath the pine”. And all that from one amazingly talented guy.

From the distorted beginning of the instrumental “Intro Chi Chi” emerges the sublime, ethereal organ solo ala Air's “Voyage de Penelope” and sets the mood of the record. Out of the noise, the sound is reborn into the druggy harmony of “New beat”, which even by its title signalizes the change of direction. I wouldn't go as far as comparing “Underneath the pine” to “Moon safari”, but the spirit of Air's legendary debut is here somewhere, buried underneath the lush layers of thicker sound. It is definitely chilling out in style. You can point out so many influences while listening to this record. The record is certainly injected with cool of the 70's America via the French 90's invasion. Stereolab come to mind when Bundick occasionally sprinkles his tunes with strokes of a Moog keyboard. “How I know” show his love for the vocal harmonies of The Beach Boys and in “Light black” for subtle storm of trippy, pulsating Krautrock beats. 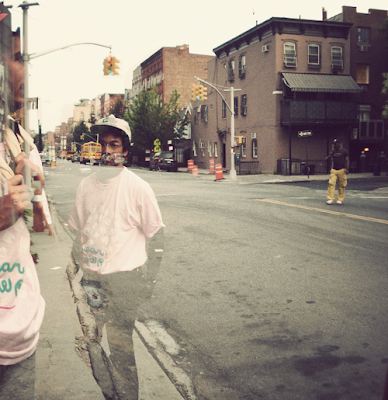 The laid back mood of this album is so enchanting that you wish to be someplace else, where you forget the meaning of the word “snow”. The best tune of all here, “Still sound” simply bathes in a faze of Californian sun and makes a perfect summer track. The smart addition of the barely dancable, funky basslines prevents from falling into a comforting nap. You can sway, you can groove,you can even dance to it. It's bit too early to crown “Underneath the pine” as one of the records of the year, but it is the one so far. Beautiful, soft, warm, rich, tropical and as tasty as its cover.