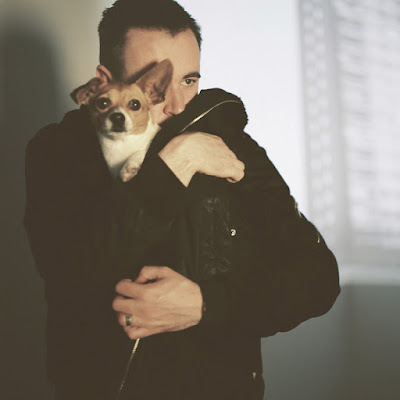 I discovered this sublime collaboration last week with an instant appetite to make it my soundtrack of the past few days. The alluring "Which Way the Wind" comes from a joined Irish queer-scene based force that is The Late David Turpin, Bear Worship and the sensational Jaime Nanci who is escaping his jazzy roots here to seduce us with his mellifluous vocalisations in the electronic sphere. The lavishly produced track brings us on a cinematic journey, reminiscing Goldfrapp's first album "Felt Mountain", embellished with subtle beats, tastefully selected synths and leaving us gasping for more. I am completely bewitched with the song's haunting melody, its enigmatic aura, the moody (and flirtatious!) sax solo, the Julie London sample, the multi-tiered arrangements... Oh the sonic luxury of it all! So autumnal. So sexy...

The Late David Turpin's album "Romances" is out now digitally an in a very special, physical release described most accurately by the official press release:

"In lieu of a conventional physical release, David has worked with the artist Dorje De Burgh to produce a limited edition photo-book (with a download code and optional CD). The book’s images and artwork make explicit the 1980s influence at work in Romances – particularly that of the celebrated avant-garde filmmaker Derek Jarman. Like everything else about the album, it reflects Turpin’s commitment to taking a fresh approach the singular territory he has carved out in his ten years as a recording artist."