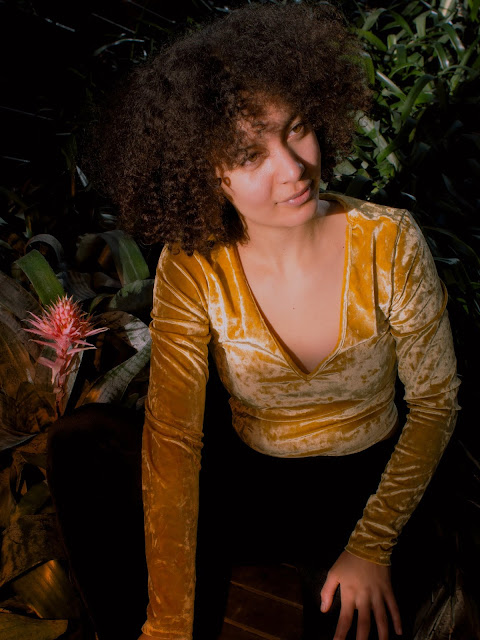 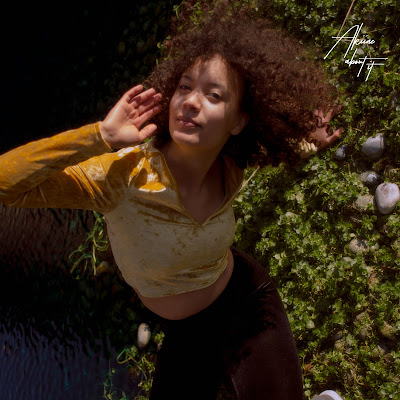 When approached by the folks at Color Station about premiering AKIINE's brand new single I wasn't just immediately ready to say "Yes" but also felt particularly proud and honoured. This San Francisco based label continues to push artistic boundaries with eclectic fresh talents defying musical categorisations and bending genres and styles. One of such talents is AKIINE whose previous EP "Neptune" stole my muso heart back in autumn 2015 and scored a high spot among the year's greatest EPs alongside a number of other promising new female artists the likes of Nao, FKA Twigs, Kelela and Abra.

Now this London-based Swedish-born musician, who describes herself on her Instagram as a tropical space soul, is ready to share the brand new "Red EP" which is heralded today by the arrival of the instantly captivating "About It". The song is a wondrously multifaceted sonic excursion into the soundscapes of synth pop, future RNB, electronica and neo soul without borrowing too much from either and all the while remaining completely unpredictable. Sleekly produced, subtly put together, very current and unique, "About It" not only charms with its mellifluous melody but continues to mesmerise (and surprise!) with every next listen. There is just so much here to discover for every proper new-sound curious muso out there. Upon several listens I am hearing a beautiful bridge between "About It" and some other independent, distinctive female artists such as Rainbow Chan or Nite Jewel. It's a marvellous introduction to AKIINE's next artistic chapter and a very promising taste of another strong EP which promises to celebrate strength, creativity and self-belief.

In her own words, here's how Akiine herself tells a story of "About It":

"It's about opening yourself up. The song is about sharing your deepest emotions and thoughts to someone and showing them your true self and vulnerability - that golden treasure inside you, so that they can open up too. It's about all those things and the magic of creating a new unity. ‘About It' is my feelings coming to exist outside of me. I imagine the treasures in the belly of the sand tiger in the desert in Aladdin, and visually I think that's how I would describe this song. It's about sharing that kind of glowing treasure inside you and creating this wonder together by opening up."

On a final, non-musical note, judging by the cover of "About It", both myself and Akiine seem to be partial to a crushed velvet number every now and then, so there's that fashion connection too.

"About It" is out on all digital outlets tomorrow.

The "Red" EP is set for release on Friday May 24th.

Akiine will be performing at Sofar London at an undisclosed establishment on Verney Road April 10th.