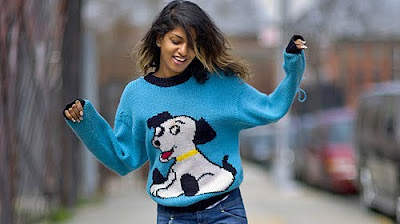 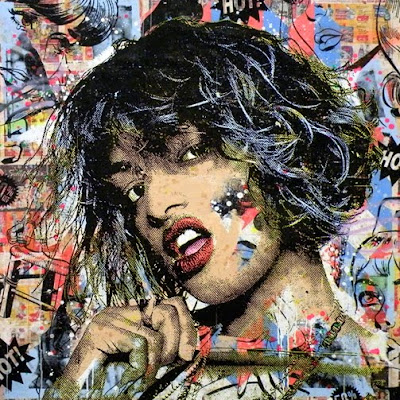 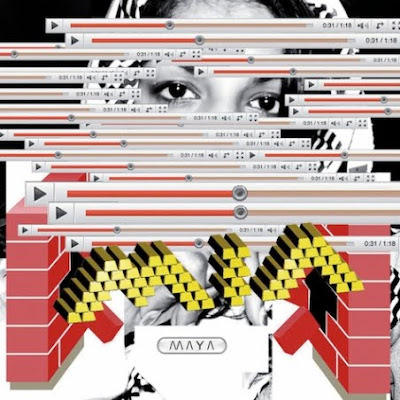 While drowning in the ocean of very well behaved indie rock and over-sentimental chillwave, you wish music, both rock and electronic had grown some balls. There is so much politeness in the music nowadays. And it's not like there isn't anything to be pissed off about these days. Fabricated epidemics, ecodisasters, recession, wars, terrorism and conspiracy theories. There seems to be a great deal of denial mixed with a dose of consent to what's going on in the world right now among the musicians. Self-loathing rock kids can't stop sulking, hiding in the closet, pretending to be vampires. Electronic scene takes a hazy time-travel back to the 80's. And pop had switched on the auto-tune (no wonder Gaga became so popular). That's why arrival of M.I.A's new album is so much welcome. Not like it wouldn't be welcome anyway. M.I.A., a digital warrior princess and self-proclaimed musical terrorist, managed to please the critics and gain massive public approval without making any artistic compromises to her underground roots. As a singer, producer, visual artist and political activist, she also moved pop music's consciousness towards her homeland – Sri Lanka, the Indian subcontinent with Bollywood samples, the gorgeous looks of Eastern princess and sharp, political lyrics. Like most of the third generation of British Indians, M.I.A. feels tightly connected with her cultural heritage while comfortably using Western mainstream culture in her artistic expression. She never failed to amuse with tricky production and surprising sonic arrangements while sending strong political, anti-establishment message. Unfortunately this time M.I.A. seems to be losing her artistic balance.
Fresh from co-writing and co-producing a track for Christina Aguillera's not totally disastrous comeback, “Bionic”, M.I.A. delivers her least consistent album to date. Similar to her previous efforts, “MAYA” is a mixed bag filled with noisy, confusing jams and utterly brilliant pop gems that earned her superstar status. The usual hip-hop, electro and pop fusion is now spiked with the latest electronic craze known as dubstep thanks to the genre’s whizzkid, Rusko, adding his production skills to this ugly and sometimes beautiful mess. Listening to the first half of the album except “XXXO”, which I'll comeback to later on, I couldn't escape the feeling of listening to some bad demo tape. “Lovelot” and nursery rhyme-like “Stepping Up” are just plain annoying. Drunken “Teqkilla”, like the liquor, gives me a headache. Later on “Tell me why”, with its embarrassing use of auto-tune doesn't sound like M.I.A. at all.
But it's not all bad news. The first official single “XXXO” is surprisingly light and accessible and her most radio friendly tune to date. Even though it seems half-finished it is one of the best things on “MAYA”. On the contrary we've got the massive internet hit, the first track to leak from the album - “Born Free”. Based on Suicide's “Ghost rider” hypnotic sample, a call to arms that leaves you nothing but speechless, is one of her greatest accomplishments. Accompanied by shockingly violent video by Romain Gavras it might suggest that the place for her viral musical experiments is online, rather than on the record. Nonetheless slower tunes like “It iz what it iz”, “Space” or reggae jam “It takes a muscle” are the ones that sound finished and well thought-out here. Maybe it's the maternity or comfortable lifestyle that made M.I.A. put her fists down and cool down a bit. Plus, the four tracks thrown in with the special edition give some hope for the future but left me wondering why they weren't included on the LP's tracklisting instead some of the weaker tracks. A beautiful and messy “Illygirl”, for example, is better than “Stepping up” and “Teqkilla” put together.
Some might see “MAYA” as M.I.A.'s conscious step back from the pop spotlight into the shadows of the underground. Others will interprete it as just plain lack of creative ideas. I see it as a sonic snapshot of times we're living in – confused, full of digital noise, scraps of information, violent imagery and helpless struggle under the surveillance of governments. Although I'm aware of it, what I really wanted to hear was something to wake me up. Something to come along, grab you by the hair and drag you for miles while kicking me in the stomach. Unfortunately, apart from mere few moments, M.I.A.'s new album won't be the one to satisfy my hunger for a little bit of sonic masochism.