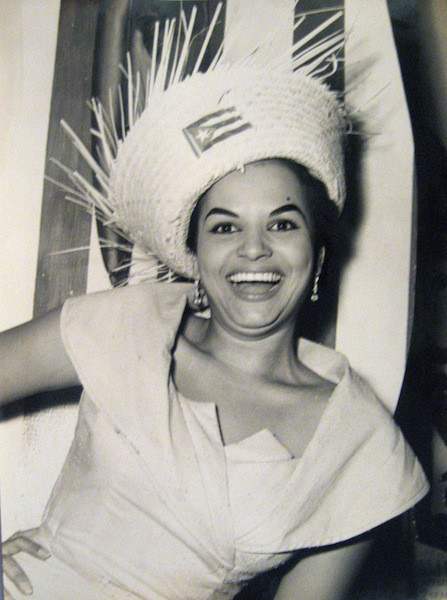 I used to regularly share old-fashioned, dusted-off vintage gems from all over the world here... Hugely impressed with Paddy Breathnach's "Viva" which I finally watched last weekend, I have indulged myself once again in the world of Latin American boleros, something I've always had a weakness for, this time concentrating mainly on the Cuban divas. I invite you back to my Vintage Corner thread with Blanca Rosa Gil's heavenly melodic "Sombras" used in the soundtrack of the aforementioned Spanish-language Irish drama. I found the note below to learn more about the singer behind "Sombras", a song I have completely fallen in love this weekend... Nothing quite compares to a pure, nostalgic, elegant, flawless melody like this...

"La Dueña Y Señora Del Bolero. This Cuban torch-singer has one of those rare voices that's at once tremendously seductive and frightening. Wearing her heart on her sleeve, Blanca Rosa Gil sings romantic boleros with quiet, quivering passion. She also lets loose half-screams of spurned outrage, depending on which is appropriate for the song. Making her mark in Cuban cabarets in the '50s, Gil performed with a Mambo orchestra that played melodramatic songs with great horn arrangements. Before the Cuban revolution she relocated to Mexico and never returned to her homeland."